12 Iconic Foods You Must Try When In Australia

Any student studying in Australia will agree that the country has it all. World class universities, an affordable and laid back lifestyle, plenty of sunshine, and really, really good food. In fact, Australia has some of the most iconic food in the world. You’d be crazy not to try it while you’re here.

The second most iconic food item of Australia would have to be pavlova, a dessert made with meringue, fruit and cream. Its origins are debatable, but what’s certain is that this is one of the yummiest desserts you can eat. Named after the Russian ballerina Anna Pavlova upon her visit to Australia and New Zealand in the 1920s, it serves up a crisp meringue crust with a soft, light inside, and is finished with whipped cream and fruit.

Try a classic pavlova with strawberries, kiwifruit and passionfruit and later reinvent it with one of these great ideas.

This square-shaped sponge cake, coated in a layer of chocolate icing and dessicated coconut, is often referred to as the ‘National Cake of Australia’. Found in every bakery and supermarket, they’re sometimes filled with jam and cream. They are also a fundraiser favourite – the epitome of the Australian cake stall. Try one with your next cup of tea. 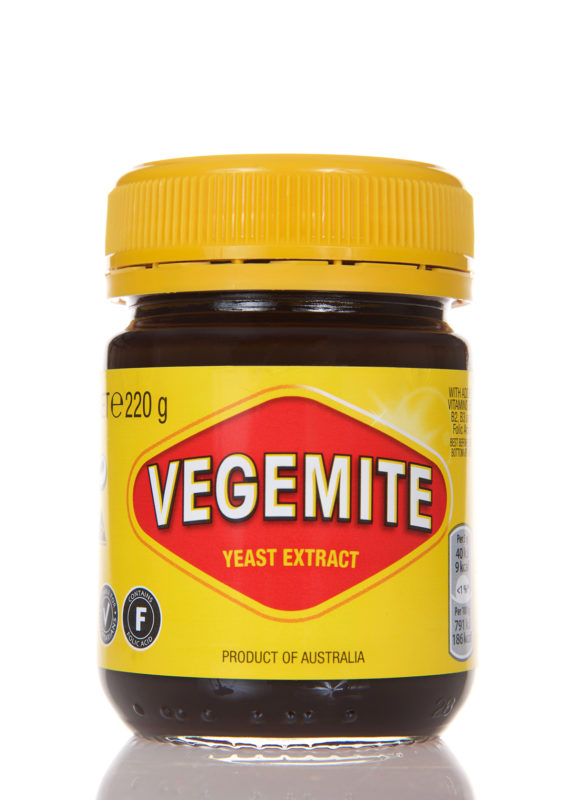 No Australian food journey would be complete without the taste of Vegemite, likely considered Australia’s most iconic brand. With a history spanning 90 years its story began in 1922 when the Fred Walker Company hired a young chemist to develop a spread from one of the richest known natural sources of the vitamin B group. It took months of laboratory tests to master, but the finished product today sits in every Australian pantry.

Try it on toast, as part of a sandwich, or as a cheese and vegemite scroll – but remember to add plenty of butter!

When mango season rolls around in Australia you’ll see trays upon trays lining the streets outside fruit and veg grocers. Australians can’t get enough of the tropical, fragrant fruit – and with good reason. Mango is the taste of summer and whether used in a green mango chutney, salad or dessert, once you try one you’ll be hooked as well.

Try mango the classic Aussie way by cutting parallel lines cross-wise before flipping inside out.

Australians love avocado for its health benefits and creamy taste, and it’s rare to find a cafe that doesn’t serve up smashed avocado (usually with chunky salt cracked pepper, lemon and perhaps a sprinkling of feta). Considered “nature’s butter” avocados go with just about everything.

Try smashed avocado or enjoy avocado on toast with a couple of poached eggs. Otherwise just split one in half, give it a squeeze of lemon, and dive in with a spoon!

A sausage sandwich might not sound all that amazing, but Australians love their “sausage sanga”. A staple of birthday parties, work functions and fundraisers, a sausage sanga will generally set you back about $2.50.

Try a classic sausage sanga by visiting any Bunnings Warehouse store on a weekend. 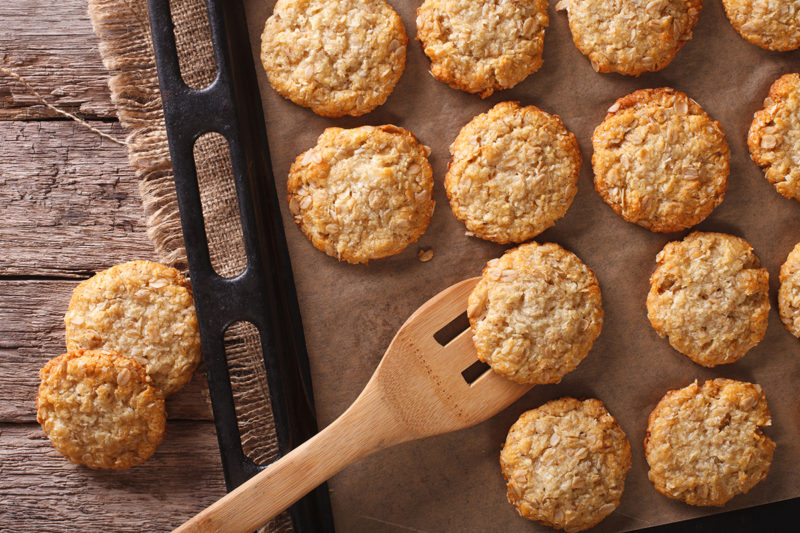 ANZAC biscuits have long been associated with the Australian and New Zealand Army Corps (ANZAC) established in World War I. It’s believed the biscuits were sent by wives to soldiers, because the ingredients don’t easily spoil. The sweet, hard tack biscuit is made using rolled oats, flour, sugar, butter, golden syrup, baking soda, boiling water and in some cases, coconut.

Try making your own or visit any good bakery in April, when Australians celebrate ANZAC Day.

While the Parmigiana originated in Italy as an eggplant base, Australia transformed the dish and made it its own by switching the eggplant for chicken. Topped with melted cheese, ham and tomato sauce, it’s a pub’s most popular dish. Commonly referred to as a “cheap eat”, you’ll find Parma nights all over the country, quite often connected with a beer and trivia.

Tim Tam is a variety of chocolate biscuit by much-loved Arnott’s and consists of two malted biscuits separated by a light chocolate cream filling and coated in a thin layer of textured chocolate. First going to market in 1964, they’ve sat beside cups of tea ever since.

Try a Tim Tam by embarking on the very Aussie practice of “Tim Tam Slamming”, a practice that sees you drink a cup of tea through a Tim Tam. Bite the opposite corners of a Tim Tam off and then use it as a straw by submerging in your tea. Sounds crazy, but we promise it’s delicious! 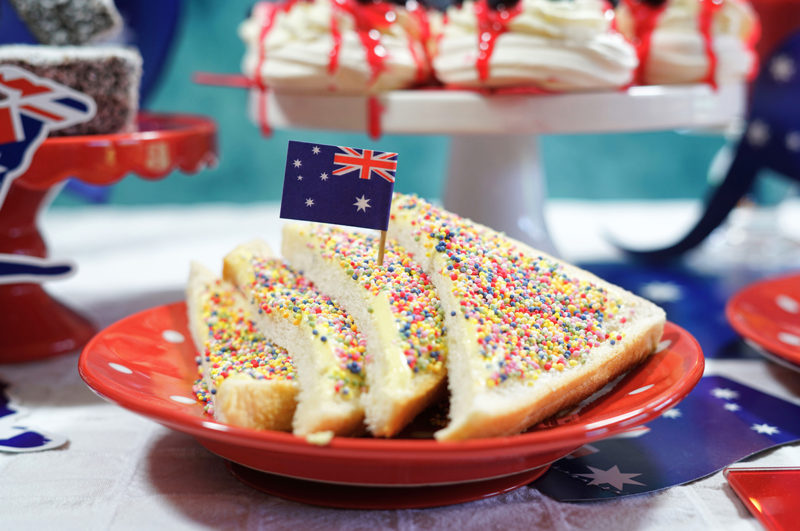 If you find yourself at a kids party during your time in Australia, you’ve got to sample the fairy bread. White bread, butter and a sprinkling of hundreds and thousands, what’s not to love? Every Australian kid grew up on fairy bread, and no birthday party is complete without it. Try it by cutting into triangles.

Every year, millions of meat pies are gobbled up right across Australia. A staple of footy games and cricket matches this Aussie icon is made with a shortcrust base and rich beef mince gravy. Try with a generous amount of tomato sauce.

This classic Australian ice cream has been around since the 1950s and consists of vanilla ice cream, wrapped in toffee ice cream, dipped in chocolate and then sprinkled with biscuit crumbs. It was a staple of the swinging sixties, the only rule being that you can’t have a Golden Gaytime on your own. Try one with a friend next time you need cooling off.

Although Australia isn’t well renowned for its cuisine, Aussie food is a big part of experiencing Australian life, so get to know it and start sampling today.

Lonsdale Institute has over a decade’s experience as a leading provider of education and training for both Australian and international students.

Our team can help you plan your future